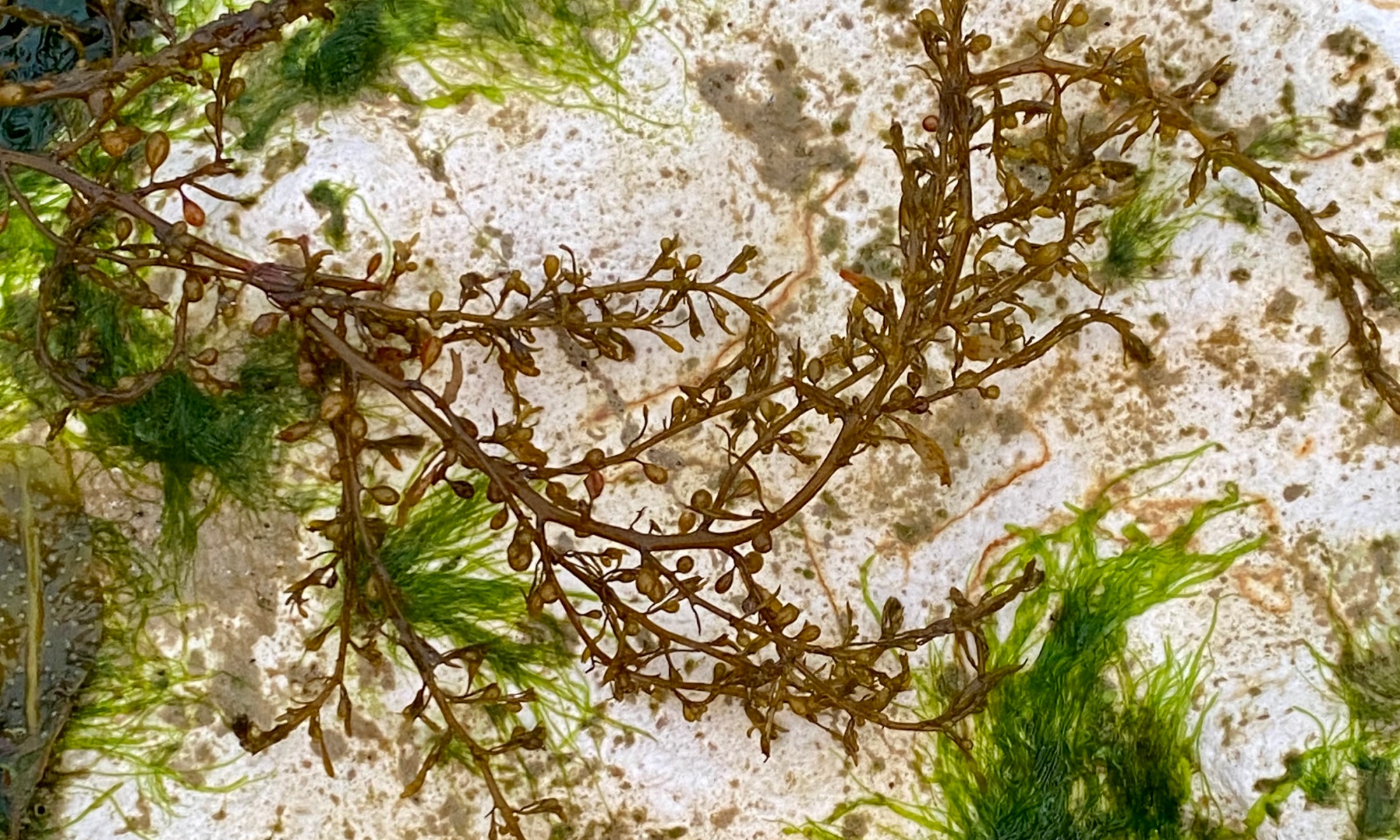 I filmed this video in a rock pool on the Undercliff filled with Sargassum muticum (Japanese wireweed). It is an invasive seaweed species that can grow up to 10 cm per day during this season and can form a dense canopy in the water blocking out the other species.

The Sargasso Sea in the Atlantic was so named because it has so much of this genus of seaweed. It was feared by early explorers because they thought their ships would get trapped in the weed. When Christopher Columbus’s Santa María sailed to the Canary Island through the Sargasso Sea, he noted in the ship’s log that the weed was “so thick that it actually held back the ships.”

In the late 4th century the Latin poet Avienus made the first mention of the Sargassum in the Sargasso sea. This section of the poem is shown in translation below (the full poem is here).

And the sluggish water of the inert sea stands still.
He adds this comment too: among the currents,
There is a lot of seaweed, and often, in the manner of a bush,
It checks a ship. He says that nonetheless here
The surface of the sea does not extend to a great depth,
And the seabed is scarcely covered with a little water.
Here and there sea creatures meet, and sea monsters
Swim amid the slow ships sluggishly crawling along.

He mentions seamonsters too and it is believed that perhaps sailors mistook thick beds of Sargassum weed for monsters holding their ships tight.

Incidentally the bladders are apparently edible and are said to taste of caviar. Similarly the green sea lettuce at the start of the video is said to be great in salads.